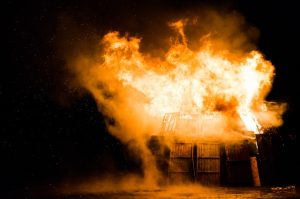 As we embrace the new year and look ahead to what joys and challenges the coming months may bring, we wanted to also look back at 2021. There’s no arguing that the past 12 months were tumultuous, to say the least.

While most articles looking back focus on the big stories of the past year, we wanted to explore the biggest dumpster fires of 2021 – those ridiculous, weird, or outlandish messes that caught our attention and made headlines.

In 1820, the border between France and Belgium was literally set in stone with 300-pound markers placed periodically along the ground between the two countries. For 201 years, these stones kept peace between the two nations, until a Belgian farmer created a border crisis. As he was driving his tractor across the land, he found a large stone blocking his path, so he moved it, not realizing he was moving a geopolitical marker. Moving the stone to make way for his tractor, the farmer increased Belgium’s land by over 10,000 square feet.

A historian in the area noted the stone’s movement and brought it to the attention of both French and Belgian governments who found it was moved by the farmer. The French mayor of Bousignies-sur-Roc, whose town shrank overnight due to the border shift, was understanding asked the farmer to move the stone back, and he quickly complied, ensuring no border war would occur on his watch.

Living in a gated community is supposed to offer residents security, peace, and quiet. If nothing else, it should at least protect them from giant rodent infiltration. 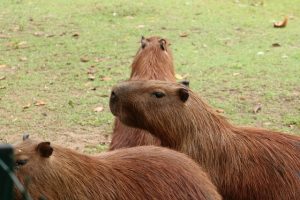 Unfortunately, in August of 2021, wealthy communities in Argentina found their peace disrupted, their lawns destroyed, and their pets terrorized when capybaras took up residence in a gated community. While capybaras are known for being gentle, passive creatures, these animals measure four feet in length and weigh up to 150 pounds, so regardless of how gentle they are, when you get a lot of them together in a neighborhood, you have a dumpster fire on your hands.

Capybaras are protected species in Argentina, so residents aren’t allowed to harm or injure the creatures. Meanwhile, townspeople outside of these communities are cheering on the real-life Rodents of Unusual Size (ROUSs) who figure it was the capybara’s land first before the gated communities were built on top of wetlands.

Dumpsters are perfect receptacles for excess cardboard, making it easy to collect and gather for recycling. However, when filled with cardboard, it’s important to not also throw fire into the receptacle as it will ignite. This is what happened outside of an Amazon warehouse in Sacramento, with thick, heavy smoke filling the warehouse and prompting evacuation. Fortunately, no one suffered injuries such as smoke inhalation, and after a bit of smoke removal, operations continued as usual.

Christmas Lights Taken Over By Squirrels

The final dumpster fire of the year comes to us from St. Paul, Minnesota. For years, the Mears Park featured a lovely holiday light display that would bring joy to the Downtown neighborhood and attract visitors from across the city and beyond. However, the Friends of Mears Park had to scale back the annual holiday light display due to fat squirrels. Last year, squirrels chewed through the wires as they were coated with a protective layer of polylactic acid, which is a corn sugar derivative that rodents and critters find tasty.

Instead of strings of cheerful lights, the Friends of Mears Park used projectors to create a light show throughout the park, bathing the trees in green and blue and casting snowflake swirls around the area. However, despite the attempt to bring a semblance of holiday cheer, many visitors found the display to be lacking. There is no word yet as to whether 2022 will bring a solution that is amenable to both hungry squirrels and fans of twinkle lights.

More than just a meme, dumpsters are an essential part of a commercial trash collection or a large-scale renovation. When you need to rent a dumpster in Raleigh, Wilmington, Fayetteville, or any other city in North Carolina, reach out to our team today. We have both front load and roll-off dumpsters in a variety of sizes to best suit your needs. Call us at (919) 582-7777 or fill out the form below to get started.